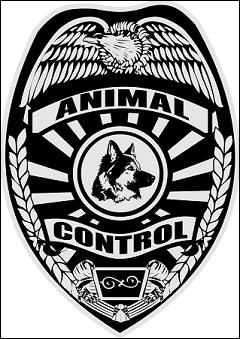 Our week last week did not get any easier after we learned of our friend’s cancer diagnosis. I have already discussed the nutritional aspect of that diagnosis in my previous blog. But the actual day of the surgery (and subsequent diagnosis) was also something of a scheduling trainwreck. Her surgery had been scheduled for 1pm on a Tuesday afternoon, and was only supposed to take 1.5 hrs. I drove down to the hospital, an hour away, to be with her family during that time. But delays at the hospital pushed the surgery back until 6:30pm. Then that expected completion time came and went, yet the surgery continued. To make a long stressful story short, I finally had to leave around 9:30pm that night, and she was still in surgery. The whole family was starting to really worry, and I very much wish I could have stayed with them. But I absolutely had to get home and attend to chores. I got the call while driving home that the surgery was still underway, but that the surgeons had found cancerous tumors. I immediately asked if I should turn around and head back to the hospital. “No, you’ve got stuff you need to do. But please come tomorrow as soon as you can.” About 10 minutes later, I pulled into the farm driveway, already upset by the diagnosis. Then I heard the sound which made my anxiety and stress levels go even higher - a farm full of animals very anxiously mooing, neighing, nickering, baa’ing and barking for their very late dinners. I got through chores as fast as I could, but still didn’t finish until after midnight. I stayed up another hour, talking to my friend’s husband about the diagnosis and what that meant for the days and weeks to come. The day after her surgery, I spent most of that day at the hospital with her and her family. It was an emotional, draining time. But I made sure to leave the hospital that day in plenty of time to get home and do chores at the standard hour. When I got home, I found an official notice on the farm gate. Someone had called Animal Control the day before (during my time at the hospital), and had complained about our farm. My first thought was that the noise had annoyed someone, and I could sure understand how that would be the case. But instead of complaining about barking and mooing and neighing, the complaint had been that our animals were subject to cruelty, neglect and deplorable living conditions. I stood there at the gate, dumbfounded, staring at the formal notice. Cruelty and neglect? Deplorable living conditions? Us? It felt like a kick to the head, after what had already been a horrible 24 hours. The notice said I needed to call the officer back the next day, and schedule a site visit.

I went inside and wearily sat down on the couch, trying to figure out why anyone would have filed such a complaint against us. I wondered if perhaps a neighbor had been upset over the noise. But why would they complain about deplorable conditions which didn’t exist, if they were mad about barking and mooing and nickering? Perhaps because a report about barking dogs would not require a farm visit from Animal Control. But a complaint about cruelty and neglect would. We have had run-ins with one neighbor in the past about barking dogs, and we took steps at that time to control that barking. We got our kennel license in August to demonstrate our good faith efforts at meeting county animal welfare and noise laws, and being held to those standards. We were told at that time that as long as we were within those guidelines, no one could hassle us about our dogs. Yet here we were. The only thing to be done at this point was to schedule that visit with Animal Control. I called the officer and left a voicemail, saying I’d be happy to have him come out and check the place. I didn’t hear from him for two days, during which time I think I sprouted a few more gray hairs as I continued to stew about this whole thing. Finally he called me back, and apologized profusely for not getting back to me sooner. He indicated to me that he had already seen enough from the farm gate to know that we probably didn’t have anything to worry about, but that the law required a site visit and pictures. We arranged for him to come out that following Wednesday the 13th. I hung up, not really feeling any better.

After stewing some more, I called my livestock mentor who, amongst other things, regularly goes out with her own county’s law enforcement to inspect alleged cases of cruelty or neglect. We talked for awhile and she offered to come up to the farm to look for herself at our current conditions. Furthermore, she offered to help us correct any issues that might have cropped up since her last visit. I got off the phone with her much relieved, since I knew she’d give me both an honest and an experienced opinion about whether we were doing anything wrong here. Plus, if she did find anything wrong, we’d have a chance to make it right before the inspection. That visit came a few days later, and I was very relieved to hear that she didn’t see anything which sent up major red flags. What she did find, however, were a few instances where we’d apparently gotten a little behind the management schedule. Each area could use a little work - goat and sheep hooves needed to be trimmed, the horses weren’t as clean as they could be, the pigs could use more bedding, and the cows needed to be rotated into new quarters. All true. Also, she noted that the horses were a little thin. I had dialed back their winter supplements with the onset of warmer weather, only to have to put them back on those supplements 6 weeks later when our spring fizzled out and we returned to winter temperatures. They had lost a little weight during that interval but the re-introduction of their supplements already had them gaining weight again. They were bright and sassy, healthy and active, which is what I look for when assessing my animals’ health. My livestock mentor suggested perhaps someone thought otherwise. So during our workday we addressed all those issues, along with generally tidying up the place. We finished hungry, grubby and tired, but quite pleased with what we’d gotten done.

The Animal Control officer came out promptly that next Wednesday, and as promised his visit didn’t take very long. During the visit he did note that the horses were a little thin, but he was satisfied with their housing and that I had boosted their supplements intake. He didn’t see anything else on the farm that needed further action or comment. So I finally asked him the question which had been on my mind ever since that day I found the notice - what here would have caused someone to complain about us? His answer was both surprising and understandable. He said that folks driving along the road, or neighbors looking at our place, might have their own ideas about what constitutes adequate livestock housing and care. If we didn’t meet their standards, they were free to call and complain. And complain they did, about all sorts of farms, horse stables, and other animal operations around the county. He told me that some of the better-known facilities had been reported for neglect and cruelty just like we had been, by well-intentioned tourists or city visitors who have never in their lives taken care of livestock and had no idea what the animals needed or wanted. And then he told me he’d checked our records prior to coming out to our farm. “You’ve been here for 10 years, and this is your first complaint? That’s rather amazing given how readily folks call about minor issues. You must be doing things right if this is the only complaint you’ve ever received.” He warned me that most farms with livestock get calls like this as a regular occurrence, so I should fold that into our management plans. If nothing else, we needed to develop thicker skins. And if we ever had questions about whether our practices were sufficient, he would be happy to proactively consult with us in the future so that perhaps we could minimize the chance of future calls.

I came away from that visit with a much greater appreciation for several things. First, our society has a very pronounced attitude of “do it myself”, even when we could really benefit from getting help. Having a workday here with just one other person made a huge difference in terms of what we were able to get done. It was so productive, and oddly so enjoyable, that we plan to have a lot more of them in the future. Yet prior to that, I never would have asked for help. This is my job and I should be able to handle the workload. Well, life happens and surprises slow us down, and sometimes we get behind. When we try to make up for that without assistance, often we only dig ourselves in deeper. Take that attitude far enough and we end up in early graves.

Secondly, I learned that I don’t need to be afraid of Animal Control. In some counties that department is known as Animal Services, and that’s really what they’re supposed to do. Putting aside the intimidation factor, I could have been utilizing them as a how-to farm management resource this whole time. Knowing now that farm complaints are a fact of life for most operations, I will absolutely be consulting with them in the future for how to ensure we don’t illicit comments or concerns from the public like that. They are another tool in the farm management toolbox, paid for by our tax dollars. Time to learn how to make good use of those resources in a proactive, instead of reactive, fashion. Which according to the officer I met that day, is their favorite task. So perhaps that notice on the gate wasn’t such a setback after all. Not only are we now on record has having been inspected and deemed okay, but I learned two really important things in the process. That can only help make our little farm a little better from here on out.