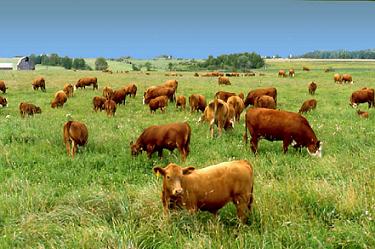 I learned a week ago that my best friend has ovarian cancer, discovered during a surgical procedure. As with anyone making that discovery, the news hit all of us really hard. Suddenly everything changed. My friend and her husband realized that they needed to make some fundamental life changes to help her fight her illness and regain good health. Amongst those changes was a newly ferocious desire to dramatically change the way they eat. Their diets had been what I would call “standard American fare”, with reliance upon the conveniences of highly processed foods, a lack of fresh produce, and an over-abundance of “heavy” foods such as meats, sauces, pasta and other high-calorie items. As of that diagnosis, they both decided they wanted to only eat “good” food. But beyond that, they weren’t sure what to do. Then as so often happens, they ran right smack into the realities of that decision. They began to get lost amongst the hundreds of food choices we face in many so-called “developed” countries. Which ingredients are OK, and which aren’t? What’s the difference between Certified Organic, sustainable, local, and certified Naturally Grown? What are all those extra ingredients on the food labels? How could they be sure that the foods they were eating, were actually meeting their health and nutrition needs? And what about all their so-called comfort foods? Changing a family’s diet overnight is a challenging task for anyone. The myriad of choices and decisions can be overwhelming. Because I’m the only farmer they know, they asked me for advice.

My first disclaimer is that I’m not a nutritionist. Part of my friend’s treatment plan included appointments with a registered nutritionist. So they are receiving competent advice in that regard. But they did want to know how to find the “best” ingredients for their new menu of choices, and that’s where they wanted my input. Helping folks hook up with solid, reliable sources of fresh foods is only the start. Sticking with that new lifestyle can be the real challenge when it goes head to head with the realities of a busy corporate life, a compressed home schedule, and a lack of time, energy or budget. The best answer I could give them was actually a combination of strategies: buy local, buy foods as minimally processed as possible, and make as many things from scratch at home as they can, using as many kitchen conveniences as possible. Hopefully in that way, they can get the freshest, most nutritionally dense, most diversified foods as possible, without being a total slave to the kitchen.

Buying local is getting easier all the time. Farmer’s markets, CSAs and “buy local” policies at many grocery store chains are transforming the American eating experience. But it still takes a bit of work to source those foods because “local” can mean different things to different people or companies. For instance, in this region, “local” generally means anywhere in the 12 county Western Washington region. Yet for other geographic areas, “local” may mean either a much larger, or much smaller, area. Even “local” foods can include ingredients brought in from far away. For instance, many livestock owners in Western Washington (and therefore the beef, lamb and chevon they raise) rely on winter hay trucked in from Eastern Washington. Not exactly local. Additionally, the decision must be made about how to source ingredients which aren’t typically grown here. Western Washington is not a citrus-producing region and probably never will be. Nor do we have strong local grains production (although that latter part is finally starting to improve). So anyone wanting citrus would have to bring in either raw fruit, or citrus products, from at least as far away as California and Arizona. Anyone wanting to mill their own grains need to bring them in from intermountain and/or plains areas of the country. Or grow their own. Swine and poultry feeds are often made from grains sourced in the Midwest. But we have to start somewhere. For my friends, I hooked them up with a year-round farmer I know, who not only produces a lot of his own certified organic products, but also works hard to source products from other certified organic growers in other parts of the country. It wasn’t perfect, but it was a one-stop-shop for high quality products, produced by small family farms. It was orders of magnitude better than Walmart or Costco groceries.

Even when raw ingredients are sourced locally, still they must be transformed into meals. The convenience of a meal in a box must be replaced by learning how to cook from scratch, and how to do so efficiently given our society’s work-until-we-drop mentality. Examples of cooking from scratch in efficient ways would include learning to make their own bread in a bread machine. I know for some folks that’s sacrilege (and it was for us as well) but the advantages are compelling. Most breads available in the grocery stores now, including certified organic breads, have a long list of ingredients which ensure a certain amount of shelf life and transit stability. Breads made from scratch are actually fairly fragile, having a “good eating” lifespan of only a few days. If made at home, breads only need a handful of ingredients - flour, yeast, some kind of sweetener to feed the yeast, some kind of liquid to bind the flour, and sometimes salt to regulate how much the bread rises. My standard recipe is flour, butter, salt, sugar, milk and yeast. That’s it. Even those ingredients can be further reduced if you really want to go all out and become a minimalist. But that loaf should be consumed within two days or it’ll begin to go stale. Many commercial loaves haven’t even been delivered to the grocery store within that timeframe. Hence the preservatives. The breadmaker part of things comes into play when we realize that yes we love to bake bread, but darnit we don’t have the time to knead, or wait for it to rise, or knead the second time and wait for the second rise., then pop it in the oven and be home in time to take it out to cool. I used to make all our bread from scratch, with my two hands. It was pleasant work but I needed a fair amount of time to do it. Now I put those ingredients together in the bread machine and press a button at 10pm at night, and voila that next morning we have fresh bread. Not the work of art and labor of love that it used to be, but I have fresh bread made with ingredients I control. A pretty decent compromise.

One further suggestion I made was that organic produce was good, but organic meats and cheeses were better, from a “no unnecessary ingredients” point of view. The reason for that distinction is due to a concept in biology called “bioaccumulation”. In summary, many toxins in the environment become more concentrated as they move up the food chain. That concentration can result in poisoning and toxicity issues for the end consumer (that’s us), even if the original environmental concentrations were very low. For more information about that topic, click here for more information. Given that process, eating meat, eggs and dairy products from animals living in more natural environments is a better investment of our grocery dollars, in terms of limiting our exposure to unwanted toxins and contaminants. There are also many debates about which form of production is best in that regard: organic certification, “Naturally Grown” certification, or simply local, conscientious production? I would argue that any of those three is vastly better than some bargain meat from distant feedlots.

My friends have their work cut out for them, sorting through all their new food priorities. I suspect many of us should be making the same review of what we eat. My husband and I have voluntarily joined with our friends in eliminating many “convenience foods” from our daily diets, in favor of healthier products. Not only because of known health issues, but because we know how hard it is, yet how valuable it is, to “walk the talk” and make those changes. We as a nation could really benefit from making more such changes. I suspect we’d be healthier and happier as a result.