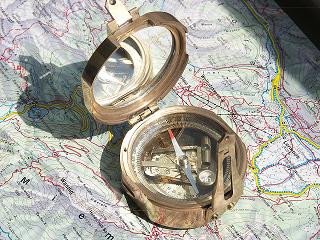 I was out late tonight - something I do more and more often lately. Not because I like it, but because something important is afoot and I feel compelled to be a part of it all.

Farming is not merely growing something, selling something and calling it good. That is definitely part of it, but only a small part of it. Usually a much larger part of farming is forming and maintaining, the social, professional, and political ties that keep growers and livestock producers aware of each other's activities, challenges, goals, and concerns, so that we’re not working at cross purposes. It's also reaching out and forming partnerships with the families, businesses and communities who buy our products. Ironically, regional cooperation is needed to really preserve and promote local agriculture. It was a meeting along these lines that had me out so late tonight.

The meeting tonight was a gathering of several dozen growers and producers from four counties, each with our own product line, all seeking to launch a regional facility where we could bring our products to be sold, processed, and/or distributed throughout the area. It's an ambitious idea. Many areas, including ours, have vibrant farmers' markets during the growing season. But those markets don't start until spring, they wrap up in fall, and the vendors have a long six months to wait before sales start again the following year. Imagine knowing that you'll be working all year long, but only paid for six months of that year. It's not a heartwarming (or wallet-warming) prospect. So many regions (including ours) are looking at ways to diversify what we sell, when, and to whom. A regional center that facilitated that diversification is a big deal, for a lot of folks. Without such infrastructure, each farm family is left to its own devices to not only produce food, but also process it, package it and deliver or distribute it in some cost effective (and legal) way. Many times, the financial outlay required for such infrastructure keeps it out of reach for family farms, so they don’t have any legal outlet for their production. That’s akin to fine-tuning the engine on a car with four flat tires. Your engine has enough power to move you anywhere you want to go, but you have no traction to actually move forward and get there. A regional processing, marketing and distribution center would take the pressure off each farming family to individually develop that infrastructure to reach those markets. Freed of that task, we can then turn our attention back to what we do best - growing healthy foods on healthy farms.

As wonderful as such a facility would be, there's a lot of work to be done planning, building, permitting and selling it. All the applicable regulations must be met, which can sometimes mean hitting a moving target. The details for who-pays-for-what all must be worked out. Potential customers must be surveyed and courted and wined and dined, to ensure that they don't merely say they'll buy from us only to skip out and shop at Costco when the time comes to open our doors. Scheduling has to be worked out such that producers not only have something ready to sell when the doors are opened, but also that they have products ready three months, six months and 15 months later. It's a careful choreography of production, marketing, politics, diplomacy and public relations. It doesn't always succeed. In fact, if we pull this off we'll be amongst the first to successfully do so. And there's a lot of wreckage from past attempts littering the course we must travel.

Only a few years ago I was involved in a similar project, with similarly high hopes and potential. We had the building, we had the producers, we had a public eagerly waiting for our products, and we had all the regulatory agencies on board and cooperative. That would have seemed to be sufficient, but it wasn't. Those who had promised tens of thousands in financial support only gave thousands. Those who promised thousands only gave hundreds. And many of the folks who promised money or time or materials gave nothing at all. After five years, the group disbanded after trying, and failing, to secure the funds we needed to proceed. It was a hard lesson in Dreams versus Reality.

So as I sat in that meeting tonight, I was torn between feeling optimistic that maybe this time we’ll succeed, versus feeling a sense of deja vu. I had definitely been here before, but the outcome of this latest attempt was still uncertain. To be sure, some of the details this time are different. But the vast majority of them are exactly the same as they were before. Call me a hopeless romantic that I'll pitch in again and try to succeed where before we failed. Thomas Palmer’s admonition “if at first you don’t succeed, try, try again” is firmly in mind tonight. If anything else, perhaps I can provide something of a reality check for those in the group who haven't gone through this process yet, and still don't see the many pitfalls we have yet to face. On the other hand I don't want to be the wet blanket that keeps the project from moving forward. So I'll attend the meetings, try to listen for the most part, probably chime in when I see some opportunity or hazard, and we'll see what happens. I feel one part jaded, and one part excited that we're trying again to navigate this course.