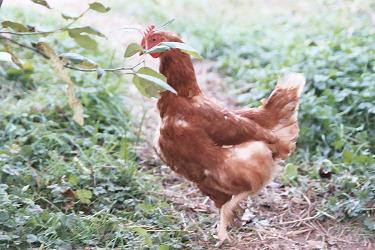 Hello and welcome to this, our first official blog entry. I knew I'd be launching a blog around New Year's, and I debated for awhile what to write. After all, my subject matter is no less than all the workings of a very diversified small family farm. Lots of potential subject matter. Like the patron of a new restaurant in town, all the menu items look so tasty it's hard to know where to start. I therefore decided awhile back to just write about what happened today on the farm, whatever that might be. So, ahem, here's today in a nutshell:

Woke up to sunrise temps around 20F, as expected. Water pipes for the house had frozen overnight, also as expected. That's what happens when you buy a rundown old house with a whole lot of things to be fixed. But we're practiced at this wintertime event and we were ready - a stock tank full of water for watering the animals, plenty of water in the pantry for household use, and lots of firewood to keep ourselves warm and snug. What I didn't expect to find during morning chores was a young hen who apparently got more than a little chilled overnight and was struggling to keep warm. Now, chickens can weather temps down to zero and beyond fairly comfortably if they have good body condition, protection from wind, and access to food and (unfrozen) water. But even when all these things are present, sometimes a hen will still have an "off" day. The cold weather only magnifies that.

Choice #1 was to hope she got better on her own. A strategy which doesn't work well on the farm - once livestock show themselves to be feeling poorly, usually some illness is well along. Choice #2 was setting her up in temporary warmer quarters, monitoring her condition and medicating if needed. Easiest way to do that was to put her into a small dog crate and bring her inside. Which is exactly what I did. As a result (and not for the first time this year), we have a hen in the living room, parked in front of the woodstove. She's now nicely warmed up and eating again. I suppose someone with a more developed sense of decor would find her presence objectionable. My husband wasn't so sure that bringing cold animals into the house was a "real" farmer-type thing to do. That is, until his mother told him that his farmer/rancher grandfather used to bring newborn calves in from the Idaho range and warm them up in front of his grandmother's woodstove in the kitchen. After he heard that story, he didn't object anymore. Myself, I like to know my livestock are comfortable and it doesn't cost anything to bring her inside. So now we have a houseguest. Which is fine.

The second thing that happened today was an email on one of the livestock lists, about a pregnant ewe that was down and either sick or aborting or both. But which was it? The new owners were concerned, and unsure how to proceed. Never like seeing those emails of animals in trouble, so I emailed them back and gave them some possible scenarios and treatments for each. Invited the owner to email me back if needed. Sure enough, I got an email shortly thereafter with "it's not Option #1, we don't think it's Option #3 or #4, but we can't really check for Option #2 and now she has a runny nose."

In any walk of life, there are times when we can help those who perhaps don't have as much experience as we do, but then there are times when we need to recognize we in turn could use some assistance. Today was that latter case. Too many things going wrong all at once with this animal for me to feel comfortable rendering a verdict on how best to proceed. Time to hand this off to someone with more experience than myself, who could help the owners wade through all the different symptoms and try to get this ewe up and feeling better again. So I gave my livestock mentor a call, gave her a rundown of what was going on, and asked her to call the owner. Got a followup email awhile later that sure enough, the ewe had delivered dead lambs and might be working on a case of pneumonia as well. But she was apparently starting to feel better after some well-considered and well-guided administration of medicine, supportive care and judicious handling. Timely intervention probably saved not only the ewe's life but also her ability to be productive for those owners. Hopefully she'll still be able to provide healthy lambs and/or nice shearings of wool for them in the future despite this episode. No guarantees in farming; we just stack the odds as best we can in our favor and deal with the rest.

Some have tried to tell me that nursing an animal through illness or injury is a waste of time, money and energy. Perhaps. There are definitely times when you know the odds are so high against that animal recovering, that it's really an act of charity to try to save them. Usually in those circumstances, we at least try to make sure the critter is comfortable. Who wants to be cold, hungry, alone and in pain at the end of one's life? So we do what we can to ease their passing. Other times, animals have shocked us with their recuperative abilities and have recovered from "no chance" illnesses or injuries. I like those days, and we've had more than a few of them. Often, however, it's a mix of advances and setbacks; sometimes the animal recovers and sometimes they don't. In the end, regardless of outcome, it becomes another class in this school we call life, about how to administer to someone in need, then stand back and watch them either make good use of that assistance, or not.

More importantly, it's instructive for individuals (even experienced individuals) to go through all the motions and remember again what all the options are, so that both diagnostics and supportive care become second nature. It's amazing how diagnosing a critter's illness, by running through all the possibilities then eliminating one after another until we arrive at the most likely culprit, can also be used to troubleshoot other issues in life. That piece of equipment not working? Same procedure. That product line not selling? Same procedure. Need to improve efficiency/cut waste/streamline employee training/change the farm layout? It's all the same mental exercise, just with slightly different details. Yet if that skill is never mastered, we're left guessing and taking shots in the dark in a variety of decision-making categories. Regardless of how we make our living.

So here at the end of the day, at the end of the year, and at the beginning of this farm blog, I celebrate cold chickens and sick ewes. Not because I enjoy animals feeling poorly. Rather, because I had two more chances today to not only help critters feel better, but also to help someone become better at this life we call farming. And I in turn learned a few new things as well from my mentor who eventually took over the ewe's case. My husband the pilot would say "any landing you walk away from is a good landing. Any landing that preserves a perfectly usable airplane is a great landing." In this context, I suppose any day that gives us the chance to share knowledge and mercy is a darn good day. Any day that also gives us healthier animals at the end of it is a great day. So, here's to a lot of great days in 2011.