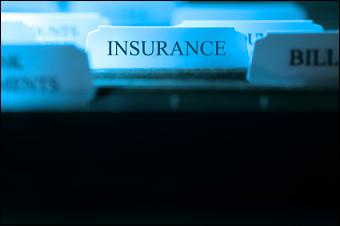 I have written in numerous past blogs that farming can simultaneously be a career, a lifestyle and a business. Particularly with the business aspect of things, occasionally we need to step outside of what’s average or normal or familiar, and deliberately seek out new ways of doing things or organizing things. This attempt to “push the envelope” of the familiar is ultimately justified when we subsequently function more efficiently as a business. It was with that goal in mind, that we started to look into switching from homeowner’s insurance to farm business insurance about a year ago. It’s been an interesting ride since then.

This all started in a class I took last year called Cultivating Success. That class, offered through my county Extension office, assumed students were already competent in various animal and/or horticultural operations, methods, and/or products. The point of the class was to expose us to the business aspect of our various farming/ranching operations - the legal, marketing, liability, regulatory and financial details we needed to run a profitable operation. The class was quite rigorous and we learned a lot. One of the presentations was from a farm insurance agent who talked about the various types of property and auto insurance, and why we should consider switching from a standard residential policy to commercial and/or farm policies. The reasons were compelling - better coverage for buildings, equipment and infrastructure other than our main residence, coverage for the main residence which often also doubles as a place of business, coverage for weather damage, liability/loss coverage in case of visitor injury, livestock escape or vandalism, and perhaps most important of all, coverage in case one of our products resulted in injury or illness for a customer. Similarly, switching private vehicle insurance over to business vehicle insurance would cover not only our vehicles but also whatever we happened to be carrying at the time - livestock, feed, product, etc. Best of all, those policies are often slightly less expensive than the standard policies we’d been carrying. What’s not to like?

As with many things in life, our best intentions got sidetracked. That spring, like every spring, was chock full of gotta-do’s. Anything not on the gotta-do list was eventually put on a back burner. Our plans to research and switch policies languished on the proverbial “I’ll get to it someday” shelf. That all changed on May 4th, 2010, when a rare late spring windstorm, blowing out of the northwest, took out a huge old cottonwood on our property. That cottonwood fell on the house. I’ll write up that experience in a separate blog entry. But in this context suddenly our insurance coverage took on a whole new meaning. The damage to the house was extensive. Multiple branches pierced the roof. Other branches crushed the corner of the house (my office), destroying the siding along two sides. The pressure changes as that huge canopy came down blew out windows. And worst of all, a variety of small but valuable farming equipment was crushed and buried under tons of secondary branches. Our insurance policy was about to be thoroughly tested.

To make a very turbulent long story short, all the repairs to the house were done promptly and without question. The real issues came up later. The first issue arose about coverage for that equipment. I was able to convince the adjustor that the equipment was for gardening, which any homeowner could reasonably have alongside the house or in adjacent yards. That was settled separately from the house repairs and I have no complaints. But when we started to review the “could-have-been’s”, things got more serious. The tree had missed one of our primary growing areas by mere feet. Had the wind direction been just a little different, I would have lost my entire market garden area and possibly our honeybee hives, mere days before our markets opened for the year. That lost product, growing area, equipment and income would not have been covered because it would have been a business-related loss, not a residential loss. Secondly, the wind direction also spared one of our main barns, which had already previously been hit by branches from a different tree. That first hit killed one of our sheep, and it had been a relatively small branch. If this huge old tree had hit the barn, we could have lost both the goat and sheep flocks, with no coverage from the insurance. Clearly, it was time to take another look at switching policies.

We still had one holdout consideration - the residential insurance coverage company we had at the time had been wonderful to work with during the claim. They didn’t offer farm policy insurance. Did we really want to jump ship after they had just delivered so well? Oddly enough, they answered the question for us, by canceling our coverage a short time later. Supposedly, an adjustor had driven by the house sometime during the repairs, and pronounced that certain things had not yet been completed to the company’s satisfaction - the roof was covered with moss, the front yard hadn’t been mowed, and debris in the side yard hadn’t been cleared away. I called my agent and questioned that report since the roof was brand new (hence, no moss) the front yard was a garden (hence, no lawn to be mowed) and the “debris” in the side yard was possibly the equipment that had been smashed into the ground by the falling tree. He said the adjustor may have simply reported on the wrong house, and he could certainly contest the findings. But then he asked the question that signaled the beginning of the end of our policy - “your voicemail said something about ‘thanks for calling the farm?’ We don’t cover farms.” My agent and I decided at that time that we were well on our way to being a farm, and as such we really needed a farm policy. So with mixed feelings about the whole thing, I agreed to forego his challenge of the policy cancellation, and simply replace our residential policy with a farm policy instead. Easier said than done.

My search for a farm policy seemed simple enough, but that was not the case. My first call was to a company affiliated with our state Farm Bureau, which seemed a logical place to start. That agent came out to the farm, dressed in nice suit and nice shoes, and proceeded to stand in the driveway trying not to step in mud. Which, given our driveway and given that it was February, meant he didn’t move very far. I spent an hour with him going over all the outbuildings, equipment, livestock, growing areas and earnings for our place. He took down all the information to generate the policy quote, and drove away in his nice little car. And I never heard from him again. Hmmm. Called another agency which supposedly specialized in farming operations. Most of their offices were devoted to residential and non-farming-business insurance, but yes they did have a farm specialist, in a town about three hours away. Yikes. So I called them and burned up a lot of telephone minutes going over the same list. They called back three days later to ask if I would be willing to drop my egg and meat sales. Excuse me? Apparently, egg and meat sales are “high risk” so they were having trouble finding an insurance carrier for those. “Uh, my egg sales generate a lot of my income during the off months, and I’m licensed as an egg handler by the state. So the risk should be a lot less than some Joe Shmoe selling them at a farmstand. And our meat sales are to a regional zoo, not for human consumption. So how is that a risk for human illness?” Those questions seemed very logical to me but apparently logic has little to do with insurance adjustors. They never were able to find a policy for me that would cover those income streams.

Finally in desperation, I emailed one of my national farming email lists, asking other growers what insurance companies they used for their businesses. Amongst the replies I got referrals to two companies which had apparently worked out well for the farmers using them. One of those companies did not do business in our state. The other was one of the larger companies, and their website looked very much aligned with commodity farming and large commercial operations. I wasn’t sure they’d work out either. But they had an office only 20 minutes away, and my initial phone calls went quite well. Perhaps I had finally found my new insurance company. Meanwhile, back at the homestead, our residential policy did in fact expire while I was hunting down these other possibilities. When the first two companies couldn’t provide farm coverage, I called my residential company back and asked if there was some kind of extension available. “Oh, no, once a home policy is cancelled, we can’t create a new one for you. Nor will any other residential policy company. Sorry.” Well, that sealed it. We were either going to have a farm policy or, apparently, none at all.

Thankfully, that third company came through for us. They were able to provide coverage for all our existing operations, plus dairy and meat sales to the public which are both in our future plans. They also provide coverage for farm vehicles which we’re still lining up. Our coverage for both will be slightly cheaper than the residential/private policies we had previously. And best of all, we’ll have coverage for all aspects of our operation, not merely the house. That new policy did come with a long list of activities and income streams which are prohibited. Fortunately, none of those activities are on our list of current or planned income streams. But I found it interesting that many of the income-stream alternatives being given to young/new farmers and ranchers, are also categorically denied by the same insurance industry that we’re encouraged and sometimes required to use. Activities like agri-tourism, on-farm hunting, boarding stables, etc, are all prohibited by the policy I was finally able to line up. I guess the moral of the story is that yes, farm policy insurance is an important piece of the farm business puzzle. But look well at your business, and your insurance options, before sinking a tremendous amount of money in activities that will leave you exposed to uninsured risk. Buyer beware.