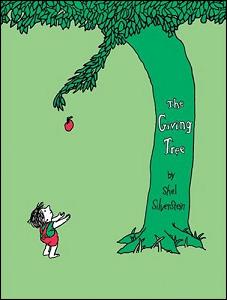 There are many tasks on the farm that I enjoy, such as planting. There are even more tasks on the farm that I don't particularly enjoy, but which need doing, such as mucking out stalls. Then there are just a small number of tasks on the farm which I absolutely hate, but which are necessary for the life we lead and the products we sell. Top of that list are the so-called kill days, when I need to kill animals for whatever reason. Some folks refer to it as culling. Some call it butchering. Some call it harvesting. Whatever folks call it, it's a hard task and I dread those days. Today was one of them.

Today's task was to cull a dozen layer hens and four rabbits, all well past their prime, and harvest two dozen rats. All these animals would be euthanized, then sold chilled and whole to one of our steady farm clients, a zoological park several hours south of us. These small animals would go to the zoological park's many carnivores as training rewards and enrichment items. For some of those animals, our culls would be the closest they'd ever get to their natural diets. So it's a good match - we have minimal processing here, the zoo animals are able to enjoy whole prey items, and the zoological park staff doesn't have to pay for extreme shipping costs. It's a good win/win/win for everyone. Except that I hate killing the animals I've tended so carefully for so long.

We used to keep our animals until they died of natural deaths, feeling that we owed it to them to allow them a certain amount of retirement. Then we realized that retirement used feed and space and money that could be used for more productive animals. It got to a point where over half of our animals were post-productive retirees. That doesn't pay many bills. We also watched our first few dozen animals gradually but inevitably succumb to a variety of illnesses, then die despite efforts to save them. When they die due to illness, we can't use them as feed and can only compost them. At that point we knew the time had come to cull the older animals in a humane, constructive way, and to do so while they're still healthy enough to be used for one last honorable purpose: as high quality protein for other living things.

Our kill procedure is very carefully planned and carried out. For the smaller animals, we use small barrels or plastic tubs which we have filled with carbon dioxide (CO2) from a tank specifically for this purpose. Since CO2 is heavier than air, we can run a small diameter hose from the CO2 tank into the barrel or tub. Even a small but steady discharge from that hose will quickly fill the bottom of the tank or tub with almost pure CO2. A pure CO2 chamber will render an animal unconscious in a matter of seconds, with no risk to me and no danger of a missed shot or a slipped knife causing pain or anguish. As I bring each animal to the kill tub, I thank them for their service, for their products and for their lives. I put them in one at a time, after which they take a few breaths, and then it's over.

I know that there are a fair number of people who would think this is barbaric. They would argue that we don't need to keep animals at all, or that animals should not be used as meat, or that I must be some kind of monster for doing what I do. The comments that hit the hardest are when people declare I must hate the animals I keep, to inflict death on them in such a calculated way. Well, I won't even enter into a debate with them because it's unlikely either of us would convince the other.

I occasionally tell my husband that this is a terrible task, and I must confess I've thought many times to stop raising animals, specifically because I hate this task so much. He told me something I've never forgotten. As a hunter, he has taken animals too, and also with as much care as possible. His words of advice to me were "It should never get easy, taking a life. But with time and practice and diligence, it does get easier." So that's what I aim for. A humane death, given quickly and competently, with as much care and respect as any other service I've done for them while living. Perhaps that's not what other people would choose for those animals. But that's the best I know how to give.

While writing this entry I was reminded of a story I read in my youth, which I never really understood. The story was called “The Giving Tree” by Shel Silverstein. It was, I thought, a very sad story about a young boy who became friends with a tree. The tree gave the growing boy everything he needed through life. Then, in a final act of self sacrifice, the tree allowed itself to be cut down so the boy-turned-man could use the tree trunk to build a boat. The one sadness the tree had was that it had nothing left to give. But at the end of life, the man-turned-old-man only needed a place to sit and rest. Which the tree-turned-tree stump was able to provide. I think I finally understand that story. In life we all sacrifice something, sometimes sacrificing all things, and in the end we sacrifice ourselves because we don’t have any other option. But most of us go through life hoping we have a purpose in life, some value or function we can fulfill for the benefit of others. Some would consider any act to ultimately be futile since we all die and all things eventually turn to dust. I choose instead to value each gift that each creature makes possible, just as I hope that my gifts are valued, and that my life will be worth something, perhaps even after I have died. I’m not sure mortals can really hope for anything more.