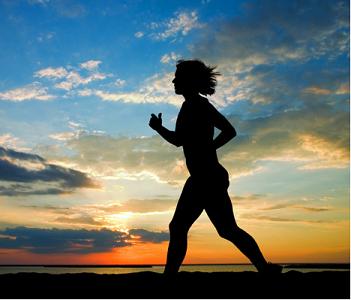 The question of putting those farm plans into effect is always an issue of juggling multiple things at once. There’s the ongoing care required for whatever is already on the farm, whether it’s alive or merely infrastructure. There’s the product commitments we’ve made, whether that’s produce for market, young breeding stock ready for new homes, value added products ready to be made, packaged and sold, or written materials for workshops and publications. Add in unanticipated developments like our work with Pamuk, detailed in our previous blog entry, and suddenly life gets real busy. Adding any new plans above and beyond the current issues and unexpected developments very quickly becomes a tricky prospect.

Some times we just have to stand back and say nope, we’re not going to be able to do that. I’ve started to say that more and more often lately. Some times we also have to acknowledge that while our goals are worthy, our ability to meet those goals are somewhat lacking. We want to do all the work ourselves, but there’s not enough time in the day, let alone enough energy in the body, patience in the soul or alertness for the mind. We need to ask for help, or hold off working on some fraction of those projects. That somehow comes hard to folks in the farming profession, perhaps because we tend to be rather independent in nature. We built this place with our own hands by golly, and we don’t need or want anyone’s help to continue that work. Sometimes that attitude costs us, either in the form of delays, or projects left hanging because we don’t have the umph to finish, or worse - a breakdown of our health because we pushed too hard. I see a whole lotta people accomplish admirable things only to break down later. I have to ask myself whether they could have accomplished more over time, by easing up on their drive to accomplish so much so soon. Or perhaps they just spread their net a little too large and tried to cover too much. Then when it came time to harvest all that volume, they just didn’t have the wherewithal to succeed.

I had a telling conversation with one of my mentors the other day along these lines. I had seen an email go through one of our local sustainable ag lists, asking for support for an urban farming project. That email didn’t get much in the way of a lively response, which surprised me. Surely sustainable ag includes urban farming?!? So I asked my mentor, who also saw the email, why there had been so little response and enthusiasm from the group. After all, surely there were some shared goals here. She explained that during the last few years, that particular sustainable ag group had been “too successful”. So successful that they had been inundated with calls and emails from hundreds of local groups, some with close ties to sustainable ag, and some whose connection was indirect or tenuous at best. All of those calls and emails wanted fundamentally the same thing - support. Whether it was financial support, manpower support, planning and logistical support or legislative support, they wanted time, money and/or energy from the people in the group. And that time, money and energy was already in short supply. After a variety of previous experiences with providing that support, the group finally decided that they could not “be everything to everyone”. They could only provide X amount of support at any given time, and they needed to concentrate that support on those core issues that they held most dear. Her explanation rang true, but was still difficult to hear. Apparently even good deeds and good-deed-doer’s have their boundaries.

So this year, for the first time, our plans have deliberately been scaled back. We want to be in this for the long haul, and that means we have to pace ourselves. Determining how much progress is sufficient, versus too much, is a tricky business. We’ve settled (for the moment) on progress that can be accomplished a) without cutting into time/money/energy already allotted to maintain what we already have, and b) will further our goals to create a sustainable farm with a sustainable income, in environmentallly, ethically and economically sustainable ways. That’s quite a mouthful to say and even more of a challenge to plan. But it’s the best compromise we’ve found so far. The best pace for moving forward without going so fast we crash. We want to be here farming in 10 years, not burned out and moved back into town with bitter memories. So if it takes a bit longer to accomplish, well, perhaps that’s OK. Like my mentor explained, we need to stay true to our purpose, not try to be everything to everyone, and not spread ourselves too thin. A hard lesson, but a crucial one.