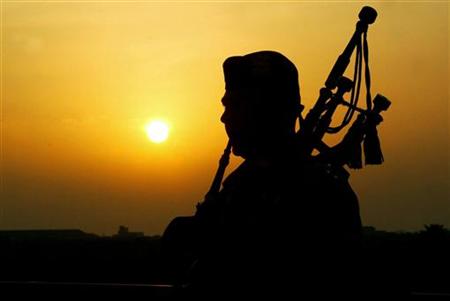 Today was one of those rare days when we took off the work clothes, put on the town clothes, and spent the evening at a purely social event, a Robert Burns Dinner. Robert Burns was a poet, born in Scotland in the 1700’s, and taken before his time at the tender age of 37. During that brief life, he wrote over 600 poems, many of them about the working life of the poor, the disenfranchised, the common man of his native land. Burns’ poems, written in the dialect of Scotland’s commoner, celebrated that cultural identity even as it brought that culture into the parlors and towers of the day’s rich and elite. Thanks to his work, Scots could look upon their nation’s history, culture and arts with fondness and pride, regardless of what their social standing was in the world at that time. Even 200 years later, his poetry speaks to anyone who works with their hands, scratching a living amongst elite who don’t seem to care. His work celebrates the unique language, cuisine, and stoic humor of a culture which otherwise may simply have been ignored long enough to finally be forgotten. Tonight’s meal, the bagpipes, the poetry and even the haggis, were all a celebration of that life’s work.

I am mostly Irish by bloodlines, but I almost certainly also have Scot and British blood in my veins as well. So these readings, these dishes, the bagpipes and the Parade of the Haggis wasn’t some distant foreign concept. It was my ancestry. My paternal great grandfather came to America in 1898 from Ireland as a young man of 24. He had only the clothes on his back, fleeing a country that had been ravaged by the Great Famine and which had no future for him. He probably had been raised on a farm, the ownership of which had once been in the family but had been lost, or forfeit. While casual information of Ireland’s Potato Famine would seem to indicate a purely biological disease issue, modern analysis of Ireland’s famine decades has shown how economic structures and political control wielded more devastation than any plant disease ever could have. Suffice here to say that the tragedy was largely manufactured. Economic policy first forced Irish farmers to grow mono-crops that had poor disease resistance to the native conditions. Then those policies either drove Irish land owners off their lands to work in town, or into starvation’s arms. Land ownership then fell not to descendants but to the county’s British landlord system. As a result, Ireland either buried or bled her people out to the rest of the world for decades, where they were received as beggars if they were received at all.

A dismal tale, to be sure. And while Burns’ poetry predates those events, his Scots heritage had no shortage of similar suppression. The miserable thing is, such policies and economic minefields still exist today, in our very own beloved country, with all the same risks. Small scale farmers and producers feel the economic and political squeeze on many fronts today. Some of those pressures are perhaps unavoidable, as our continent fills ever more with a growing population (not only from without but also from within). Other pressures are manufactured, with economic and political rules that encourage corporate ownership of huge tracts of land, evacuated of the human element in favor of planting, tillage and harvesting machinery that can cover hundreds (or thousands) of acres at a time. The small family farmer that built this country, often fresh from some other native society's own manufactured calamities, has now again heard the old song “get big or get out.” To quote George Santayana, “those who do not learn history are doomed to repeat it.” More specifically, Frances Moore Lappe cautioned "Without power over our food, any notion of democracy is empty."

The Robert Burns dinner was a sobering reminder of what can be if we fail to learn from the past, and fail to preserve not merely the upper echelons of society but also the fundamental bases. If a nation cannot feed herself, she cannot long maintain her sovereignty. Yet as Burns demonstrated, a celebration of any nation’s most humble traditions can strengthen her soul and help her stand tall regardless of current economic conditions. So to Robert Burns, from 200 years away, I say “thank you”. And to all those homegrown festivals around the world which celebrate the local, the traditional, and the ancestral, I salute you. In closing I’ll quote what has become my favorite Robert Burns poem, A Man’s A Man For A’ That:

Is there for honest Poverty
That hings his head, an' a' that;
The coward slave-we pass him by,
We dare be poor for a' that!
For a' that, an' a' that.
Our toils obscure an' a' that,
The rank is but the guinea's stamp,
The Man's the gowd for a' that.

What though on hamely fare we dine,
Wear hoddin grey, an' a that;
Gie fools their silks, and knaves their wine;
A Man's a Man for a' that:
For a' that, and a' that,
Their tinsel show, an' a' that;
The honest man, tho' e'er sae poor,
Is king o' men for a' that.