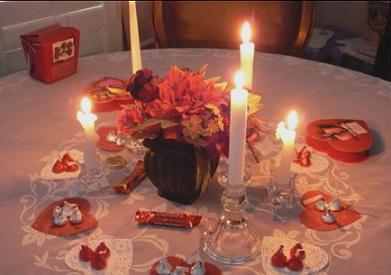 Pig romance is in the air on the farm today. One of our gilts is in heat, and it’s time to find Mr. Right. But that’s not as straightforward as it might seem.

There are three basic ways a small scale farm can breed their pigs - bring a boar to the farm, take the gilts or sows to the boar, or use Artificial Insemination. As convenient and "natural" as the first two options may seem compared to the third, they don't pencil out very often. Consider bringing the boar to the farm, either permanently or temporarily. Boars are large, powerful, sometimes aggressive creatures. Even those that are well acclimated to human beings can turn on you in the blink of an eye, and do some real damage. Not because they're mean, but because they want and need to be king of their perceived hill. If they decide you're interfering with that, they'll tell you. Boars can reach 1500 pounds, and have large, powerful jaws that can shred human flesh without much effort. Bringing a boar onto a farm requires a whole lot of robust infrastructure to ensure he stays where he belongs and we stay safe. If a farm doesn't want that responsibility to house them well, they shouldn't house them at all.

Even if farms are ready, willing and able to house boars competently, those boars need to be kept relatively well occupied. No one hogs down the groceries as fast as a hog. If that hog isn't making babies on a frequent basis, he becomes a very expensive lawn ornament very quickly. Unfortunately, even if he does have plenty of ladies to service, his virility starts to fall off relatively quickly - well before he succumbs to other old age issues. Some hog producers simply let their boars service the ladies for a few years, then harvest them for meat. That can work very effectively - or not- depending on a characteristic call boar taint. Boar taint is caused by two chemicals called androstenone and skatole. Production, metabolism and storage of those two chemicals in the body will vary with both environmental and genetic circumstances. If those chemicals are present in sufficient concentrations at slaughter, the boar’s meat is so offensive it’s inedible.

Similarly, taking the gilt or sow to the boar can be a challenge. She's not as big, or as aggressive, as the boar. But she's big enough and stubborn enough that a small scale producer needs to plan carefully for how to safely move her. We have trained our pigs to come when we call, to yield to our directions, and we have the basic ability to "steer" them where we want them to go. But all that nice training goes right out the window (sometimes literally) if you try to force them into a strange place that they don't want to go. You find yourself wondering if there isn't some better way to do this. There is.

Artificial insemination is a relatively new technique, only used widely for a few decades at most. But it has revolutionized both the options, and opportunities, for small scale producers. For producers like us who do not want the hassle or expense of housing a boar, nor the cost of taking our sows off-farm to be bred, it is nearly ideal. It's like having hundreds of prime candidate boars right down the street, available to come a-visitin' whenever our girls are ready, but without any of the fencing, feed or housing requirements. And best of all, the sows are so agreeable when in estrus that the actual insemination is usually a very simple event. Any producer, even a small, not-particularly-strong lady producer like myself, can accomplish it without assistance.

So when we realized one of our gilts was coming into season today, we made plans to get our batch of AI supplies in time for her next cycle. There is some careful timing to be done, to ensure we get good fertilization. But compared to our other options, those requirements are easy. The next few days I'll look through various catalog pages advertising this-or-that boar, and I'll choose Mr. Right from amongst all those contenders. I'll pick up the phone, order some of his unique goodness to be shipped overnight to us, then keep it chilled until That Magical Moment when the sow is ready. No expensive fencing, housing, or transit needed. I don’t even need to take her out to dinner and a movie. I suppose I could buy her flowers, but she’d probably just eat them. So I’ll settle for a quiet celebration. Just her, me, the AI straw, and a little bit of good timing. Then approximately four months later, piglets!